The Wee Lassie canoe dates back to the early 1880s when canoeist and outdoor writer George Washington Sears, known as Nessmuk, asked John Henry Rushton, a boatbuilder in Canton, New York, to design and build a small lightweight canoe. The result was the WEE LASSIE, an open cedar lapstrake canoe 10′6″ long and 27″ wide. While Sears, a diminutive man at 5′3″ and 103 lbs, also asked Rushton to build an even smaller canoe, SAIRY GAMP, most of us would need something larger. Mac MacCarthy, a century after Rushton, stretched the Wee Lassie to 13′ 6″ by 29″ and called the new design Wee Lassie II.

Phil Boyer of Napanee, Ontario, started work on a cedar-strip Wee Lassie II in 2005 but only got as far as setting up the molds when he discovered that canoes could be built quite quickly as skin-on-frame boats. He decided to switch techniques while using the same molds. Western red cedar, salvaged from a deck he had demolished, supplied much of the wood he needed. He skinned the frame with ballistic nylon, dyed it green, and waterproofed it with two-part urethane.

In the spring of 2006, Phil’s sister died of cancer, and when he launched the canoe, he christened it in her honor. Her given name was Carol, but Phil had always called her Bonnie. She was born while her father was overseas during World War II and away during the first 1-1/2 years of her life. A Scottish nurse helped with the childrearing during his absence, and whenever she brought the infant Carol to her mother, she’d say, “Here is your wee bonnie.” The name Bonnie stuck and WEE BONNIE is what Phil called all of the modified Wee Lassie II canoes that he built.

In the year following the launch of the first canoe, Phil went back to his original strip-built project. He was pleased with the canoe when he got it afloat, though at 42 lbs, it was heavier than the nylon-skinned version, and he thought he could do better.

In 2009, he decided to build another stripper and make it as light as possible. He substituted 1/2″ slices of foam insulation for the wood strips. The foam was much more delicate than wood and required care to get them to take fair curves between the molds. Even when glued edge to edge, the strips were very flexible and took a light touch to fair. Carbon-Kevlar fabric would have kept the canoe’s finished weight quite low, but Phil spared himself the extra expense and covered the hull inside and out with 6-oz fiberglass and epoxy. This third WEE BONNIE came in at 32 lbs, and Phil was pleased with how well the experimental construction performed.

In 2015 Phil built another skin-on-frame canoe, using lighter nylon to save some weight and equipping it with an innovative seat. A few years earlier, while canoe camping with two of his friends on Opalescence Lake in Algonquin Park, his friend Phil was using one of the three WEE BONNIEs and had commented that the portage yoke was a nuisance when not in use and suggested incorporating a yoke in the seat. Phil liked the idea and came up with a seat that pivoted to become a yoke. The new canoe got the latest version of the arrangement; switching it from paddling mode to portage takes just 30 seconds.

Even before the last of his four WEE BONNIE canoes was finished, Phil was thinking about the next boat he’d build, a strip-built solar-powered launch. We’ll hear more from him in the future. 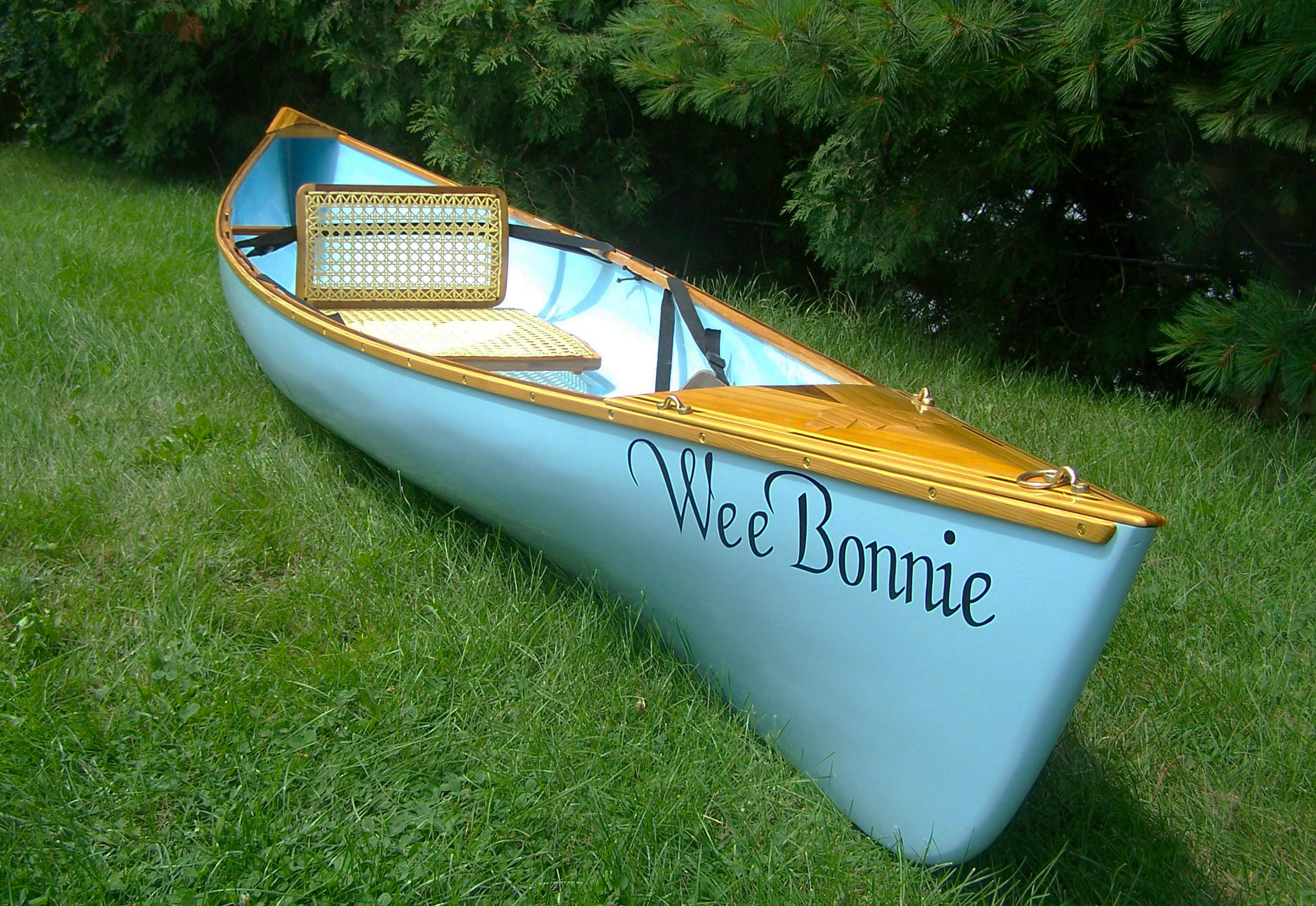 Do you have a boat with an interesting story? Please email us. We’d like to hear about it and share it with other Small Boats Magazine readers.